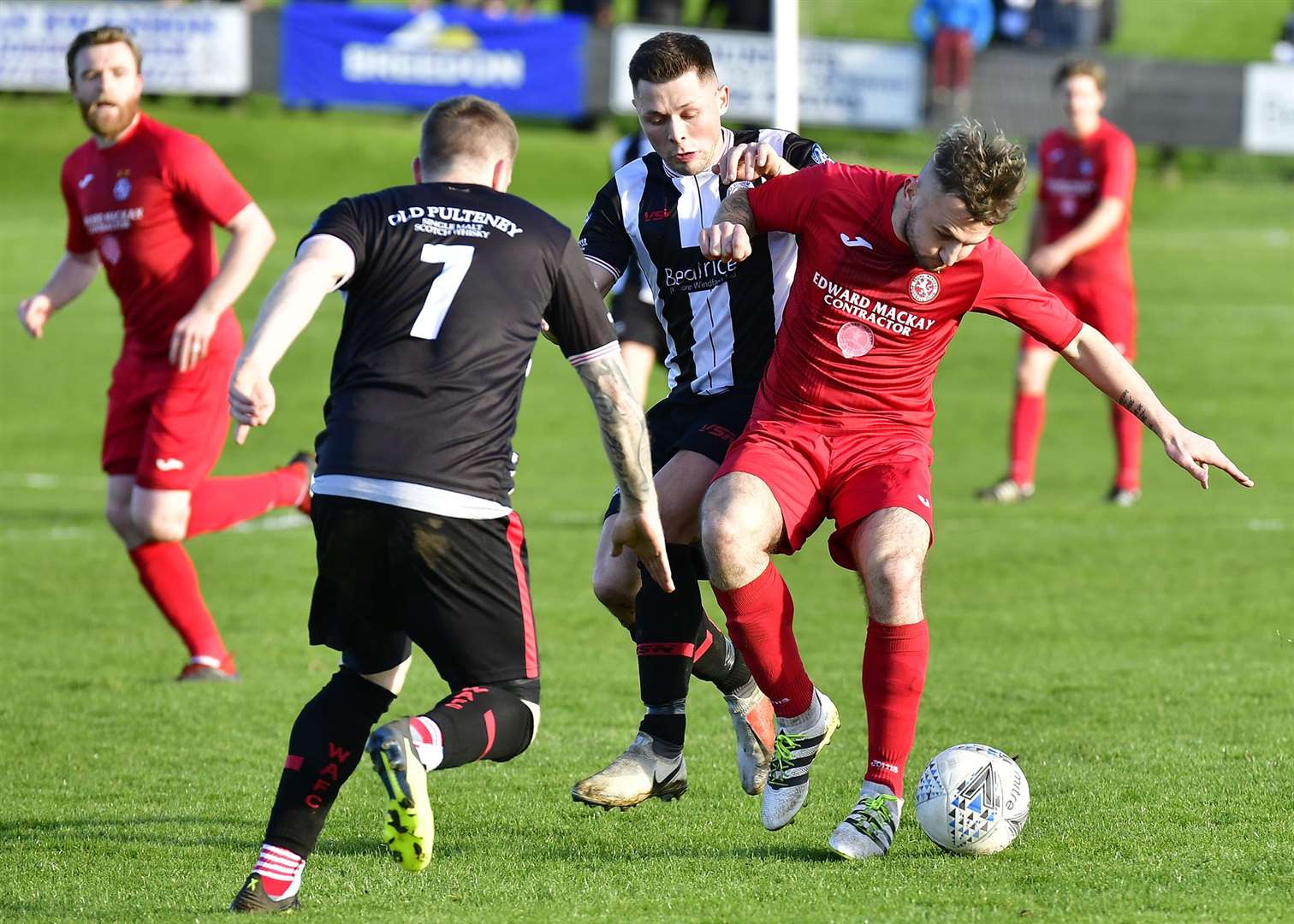 BRORA Rangers survived an almighty late scare to edge a tight and unattractive Far North derby away to Wick Academy.

The 1-0 victory took the Dudgeon Park team into second place, three points behind Buckie Thistle with a game in hand.

Tough overhead and underfoot conditions ensured eye-catching football was at a premium amid the traditionally fierce rivalry.

Title-chasing Brora's superior class and composure told in the end, but it would have been different had Wick's Jack Halliday not wastefully blasted against the post in the closing seconds.

With defeat for the two sides above the Cattachs – Buckie and Fraserburgh – Dale Gillespie's solitary first half strike proved all the more valuable to the Dudgeon Park men.

Despite sunshine, Harmsworth Park was battered by a strong breeze above a heavy, bumpy pitch.

Brora player-manager Steven Mackay said: "The pitch was quite boggy in places, which didn't suit us, but we should have been able to deal with it a lot better.

"We said to the players at half-time they had to try to win ugly if necessary and that's what we did.

"Halliday's chance could have undone it all at the end, but thankfully he struck the woodwork.

"To win a league, every team needs a bit of luck and, to be fair, we had chances of our own. It's an important win."

Brora gave new signing Andy Macrae his debut, with the ex-Forres Mechanics winger busy and full of running throughout.

The visitors, while short of their best, controlled the first half with Gillespie showing great composure to control a square pass and finish from the edge of the box after 29 minutes, beating Wick keeper Sean MacCarthy low at his near post.

There was a moment of controversy five minutes after the goal when Paul Brindle's left-wing run seemed to be ended by a trip in the penalty area, but the referee waved play on.

The same disjointed pattern of play characterised the second half although substitute James Wallace, replacing Brindle, did run onto a through ball from Macrae only to be thwarted by onrushing Wick keeper MacCarthy.

Gordon McNab dragged a shot just wide of the Brora goal before the end and Halliday's spurned opportunity late on, while it would have been harsh on Brora, was certainly a let-off.

Mackay added: "It was a boost for Buckie and Fraserburgh to lose, but it was always going to be a very tight title race and I don't see that changing at all before April."