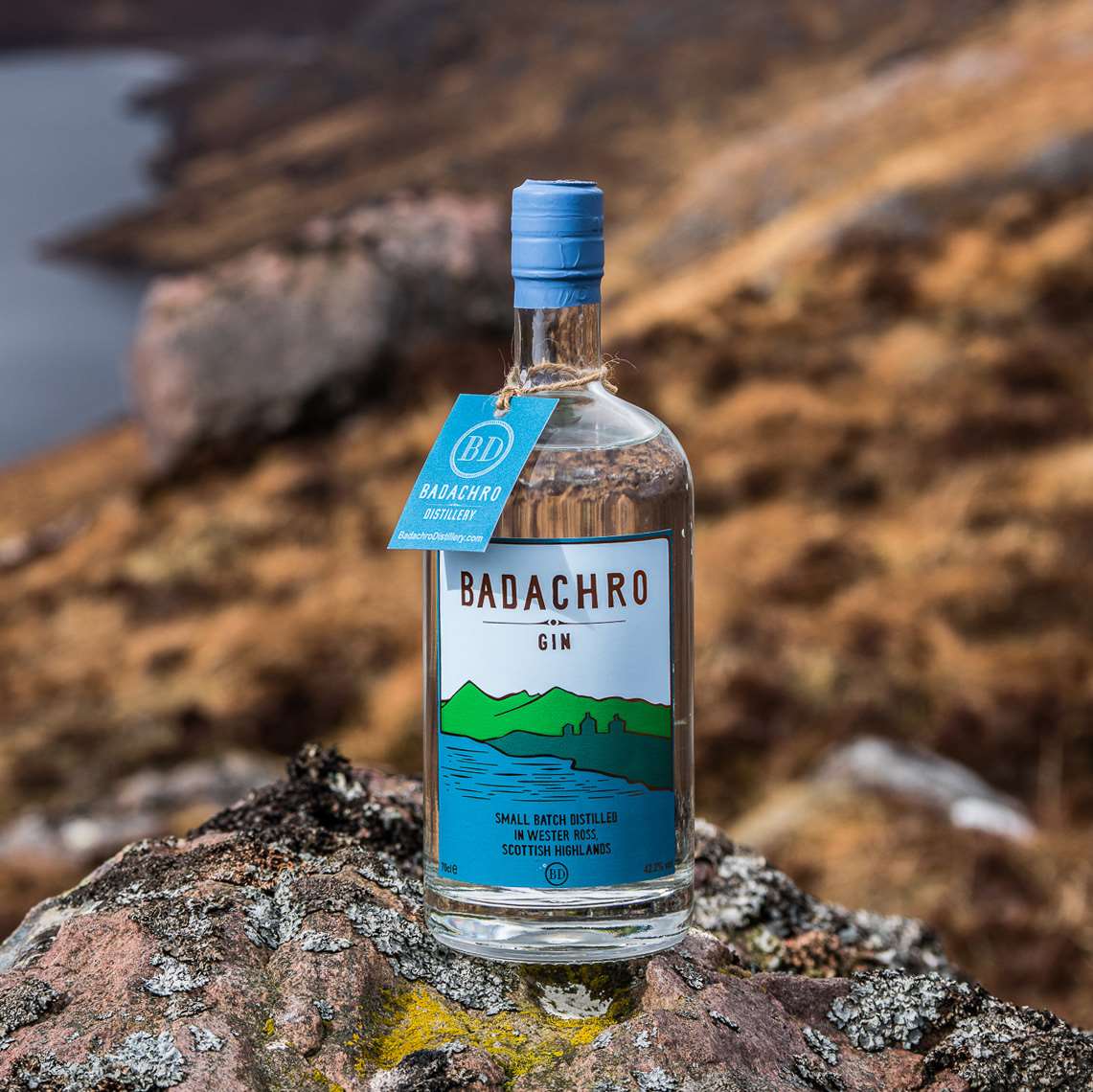 This truly artisan distillery's best known product is the stunning, full-flavoured and super-smooth Badachro Gin which is produced by Gordon and Vanessa in Wester Ross where they hand-pick and distil local botanicals to create a flavour that embodies the characteristics of the area.

This gin is proving fantastically popular and is already on the shelves of some very high-end London restaurants as well as being exported to Munich, Berlin, Paris and beyond. Badachro Gin is also available throughout Scotland from many independent off-licenses and wine stores, and from the distillery's own website.

It may be a relatively young business, but the distillery is already celebrating being shortlisted for a number of awards, including three nominations at the Scottish Gin Awards 2018: Best Newcomer, Distilled Gin of the Year and Navy Strength Gin of the Year. It is also a finalist in the upcoming Highland Business Awards.

The couple met in Badachro in 1995 and following years of living and working overseas, they built their family home, bed & breakfast and small distillery in the uniquely picturesque hamlet and set to work on producing liqueurs, initially, and eventually Badachro Gin.

Using a traditional copper still – 'Delilah' – Gordon and Vanessa marry juniper with wild myrtle, coriander, gorse blossom, lavender, rose-hip petals and elderflower, among other delights, to create a distinct and delicious taste which is unique to the stunning surroundings of Badachro.

The label reflects the purity of the land, mountains and water around Badachro, the clarity of the sky and the copper of the still. Every litre of Badachro Gin is lovingly crafted with precision and care and current expressions include the Badachro Gin, and Badachro Gin 57o Storm Strength. Sloe gin, Cassis and Spiced Rum are also in the making and will be released once time has had the desired effect!

Badachro is small in scale, but big on flavour. It is best enjoyed with a slice of lime and a clean Indian tonic water, or with soda water and lime.